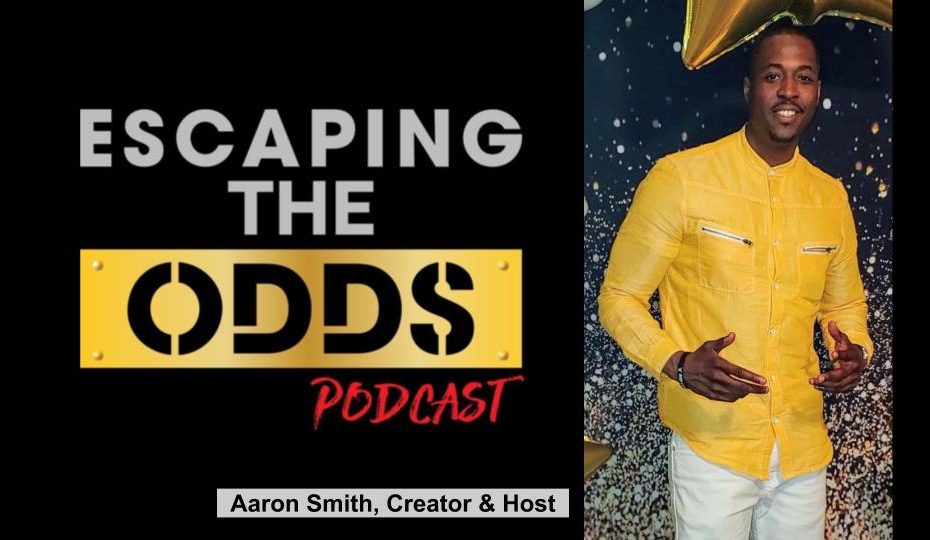 On his podcast “Escaping the Odds,” Aaron Smith interviews second chance entrepreneurs who have started successful businesses after returning home from incarceration. In a bit of podcast-on-podcast, we interviewed Aaron on our show “Own It: Starting a Business After Prison” to learn about his journey from a prison cell to the recording studio.

While Aaron was in college studying business, he had a lucrative side hustle selling hard drugs on the streets. “It was like I had two lives. I was selling drugs, but also going to school. If you didn’t know me, you would never have thought I was involved with that sort of thing.”

While selling drugs lead to short term profits and the thrill of street cred, it also landed Aaron a nine year prison sentence and took him away from his family just as he was getting ready for the birth of his daughter. “It was more of a mental and emotional roller coaster than anything else.”

The saying goes that you are the average of the five people you hang out with most. That is very true in prison where who you associate with determines your day to day activities, your morale, and often the path you take when you get back home.

Aaron could have made his prison sentence into a sort of grad school for becoming a better drug dealer, but instead he decided to connect with men who could help him grow as a man, as an upstanding citizen, and as a father.

On this years long journey through prison, the first commitment Aaron made was to his faith as a Christian. “It wasn’t until I got into my faith, where it wasn’t just about me, but the damage I had caused in the COMMUNITY, where I was like – I can’t go back to this lifestyle.”

The next step was to make friends and seek mentors amongst his fellow inmates who could support him through this process. “It was important to be around people that helped you grow from a spiritual, mental, and physical standpoint. I always made sure I kept men around me who were on the same page as me.”

While building these relationships, Aaron was inspired to start the “Escaping the Odds” podcast. He had no idea what a podcast was at the time (there are no smart phones in prison), but he did know that the caliber of people he was meeting in prison was remarkable. And that if society only knew more about these men maybe a second chance wouldn’t be so hard to come by and more people could stay out of prison after release and escape the high odds of returning.

With his heart set on leaving his drug dealing days in his past, Aaron started asking his peers more and more about what it takes to run a legitimate business. Aaron says he learned more about business on the streets and from reformed white collar criminals in prison than he ever learned in college. “One of the most important lessons I learned was being your AUTHENTIC self, making sure that I am walking with integrity – what I present is who I am.”

Aaron is still having those conversations today. Now it’s in a recording studio instead of a prison cell, and shared for all the world to hear. This upcoming Saturday, it will be exactly one year since Aaron returned home from prison.

Aaron still stays in touch with some of his friends and mentors in prison. Now, he is bringing them HOPE and helping them along in their journey as he continues forth on his own into the free world, a new man. Aaron is reunited with his daughter, works a full time job, and has a side hustle making a podcast.

Sign up to receive second chance entrepreneur stories in your inbox in our High Five Thursday newsletter.

I want to invest in the Determination, Incorporated second chance entrepreneur community. For $20 a month or a $250 one-time investment, I will receive a free INVESTOR t-shirt. 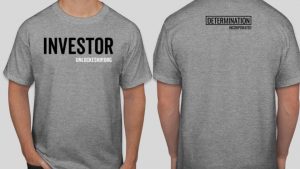 Your “investment” is a tax-deductible donation to Determination, Incorporated, a 501C3 nonprofit.